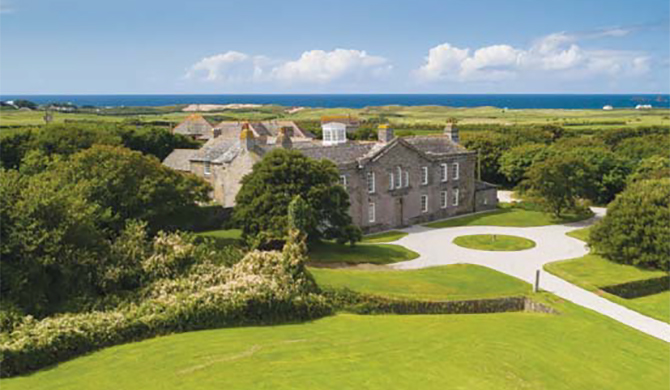 While some iconic hotels face permanent closure, entrepreneurs are ready to rebuild industry

In our last issue we celebrated the Hotel Housekeeping Honours, held at The Hilton Birmingham Metropole just before lockdown measures began to send our industry into a scenario few could envisage. Since then ‘Triple H’ might equally apply to the heartbreak, hope and hard work housekeepers have experienced across the UK.

Many hotels may never re-open, some are already gone with staff redundant. Housekeeping teams have been at the forefront of the challenge of welcoming guests back for at least some of the summer season from July, with plenty of ‘keep you awake at night’ dilemmas. Indeed, they include those who have become skeleton staff at some 10,000 shut premises, staying in what are usually guest rooms while overseeing necessary COVID-secure changes.

All this at a time when analysts at Lodging Econometrics reported that at the close of the first quarter of 2020, Europe’s hotel construction pipeline expanded to near-record highs with 1,840 projects and 294,047 rooms, with the UK leading the way with 342 projects and an all-time high of 52,231 rooms. This feature could never chronicle all the comings and goings as tentative re-openings begin, but in future issues we’ll continue to keep a close eye on the sector and always welcome your news and success stories. Where to begin? With good news, of course.

Robin Hutson, CEO of The Pig hotel group, says staff are ‘itching to re-open’, and were set to do that at six hotels from 4 July, with a free stay for some 190 NHS staff, before the general public could use rooms from 6 July. As the calendar turned he wrote to PM Boris Johnson seeking extended furlough payments, a lengthier business rates ‘holiday’ and other support, particularly for rural businesses. By mid-June Hutson was adding his voice to frustrations over the two metre social distancing and visitor quarantine rules, writing on Twitter: “We are responsible professionals who will instinctively do the right thing and keep everyone safe in whatever way we can. We don’t need a bunch of politicians to tell us how to behave, they should concentrate on keeping the streets safe.”

But onwards and upwards, and as well as The Pig premises reopening, the new addition to the collection, The Pig at Harlyn Bay in Cornwall, launches on July 31 following a major renovation project. By summer 2021, another Pig venue in the South Downs is set to open.

Pig staff dealing directly with guests will be issued with PPE and housekeeping teams are to be health screened as they arrive for work, having been trained in new health and hygiene procedures. A later check-in time will allow for longer cleaning of bedrooms and public areas.

In Scarborough the trendsetting 65-bedroom Bike & Boot Hotel, a project of Simon Rhatigan and Simon Kershaw, will launch in July after a total transformation of the former Mount Hotel. When fully accessible to guests the hotel will include an in-house cinema and combined bar-café-restaurant. When Ribby Hall closed in March it was for the first time in 25 years. Now the aim is a phased reopening of Lancashire’s 5-star holiday village from July, although some on-site facilities will be unavailable and with lower occupancy levels and function restrictions chief executive Paul Harrison fears some redundancies will be inevitable. In nearby Blackpool a very different project continues to take shape. Work on the Talbot Gateway regeneration scheme has continued during lockdown and will take a couple of years to complete, but it includes a new Holiday inn and restaurant alongside retail, providing many new jobs. And in Leicester Bespoke Hotels aim to open the stylish design-led Hotel Brooklyn with 191-guest rooms in 2022.

Similarly, Hotel La Tour is set to add to the skyline of Milton Keynes in 2022 with a projected LED installation at night. The 261 bedroom hotel will feature a 14th floor sky bar and restaurant offering views of Campbell Park. A panoramic lift will carry visitors to the 43-metre high top floor. At the noted Crieff Hydro Hotel in Perthshire there’s been extra biocidal cleaning and enhanced hygiene practices for every nook, cranny and surface throughout as part of a plan to reopen in mid-July. However, chief executive Stephen Leckie has had to face perhaps losing 80 staff to redundancy, around a quarter of the workforce.

There’s also excitement at the six hotels within the Lake District Hotels Ltd group where, ready for the early July opening, housekeeping staff took part in a 16-step safety and hygiene protocol including new cleaning and disinfection procedures and use of ozone generating machines. And before we get to those calling it a day, some may enjoy a new lease of life after a ‘rest’ during lockdown. For instance, the historic 35-bedroom Royal Dunkeld Hotel, close to the River Tay in Scotland, has been sold to the Melville Hotels Group who intend to give it a revamp before reopening to both a loyal customer base and new visitors.

Some hotels, particularly those with parent groups already struggling, declared they were closing for good early in lockdown. It’s been particularly distressing for staff who lost their jobs – and those with wedding and future functions booked and paid for. Others would undoubtedly not make it past a second COVID-19 wave and those in tourism areas will pin hopes on an expanded ‘staycation market’. It’s going to be tough for those relying on business and functions guests unless the ‘New Normal’ swiftly becomes, by some miracle ‘The Old Normal’.

In some cases hotel groups are shedding hundreds of jobs, recognising that even with furlough schemes business survival will rely on fewer staff to cater for lower guest occupancy. Among them is Macdonald Hotels, with 31 hotels and resorts at some iconic addresses across Scotland and England. The company-wide consultation affects all levels and some 1,800 roles are ‘at risk’. A major redundancy scheme consultation is also underway at Glasgow’s five-star Kimpton Blythswood Square Hotel. The grim story in Scotland continued when the Specialist Leisure Group of seven hotels, including The Bay Waverley Castle in Melrose went into administration.

The collapse of Specialist Leisure has also resulted in closure of Bay County and Bay Marine hotels in Llandudno, Wales, a town which had already lost Queens Hotel. One of the first hotels to close was the 19th century Best Western Grand at Hartlepool, when parent company Shepherd Cox Hotels went into administration on 2 June.

On TripAdvisor the hotel received plaudits for its cleanliness and comfy beds, a tribute to the housekeeping team in an old building in need of some refurbishment but retaining much of its ‘step back in time’ glamour courtesy of their attention.

The lockdown proved the final straw for Plymouth’s Grade II Listed Langdon Court Hotel, a popular choice for weddings in the South West. Its parent company, Heritage Hotels Ltd, went into administration at the end of 2019 but Langdon Court continued operating until COVID-19 arrived.

In Buckinghamshire, Magnolia Park Hotel and Golf Club, faces longterm closure on July 31. Since May socially-distanced golf has been possible but now the owners have decided to close both the course and 40-bedroom hotel ‘until further notice’ while redevelopment plans are considered. Among the historic hotels now in administration is The George Hotel in Piercebridge, Darlington, which can trace its roots back to the 1500s. The 33-bedroom premises with a pub and restaurant has been a popular wedding venue and has three function rooms.