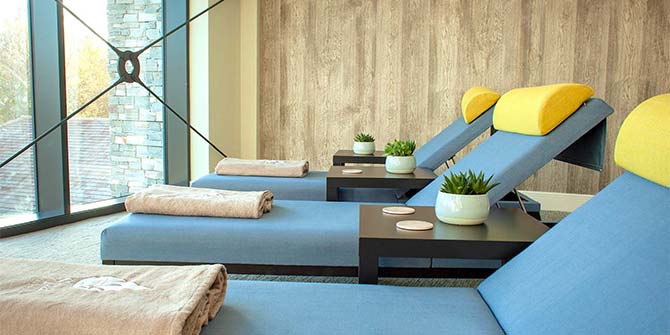 Six brand new UK spa developments are set to make the most of partnerships with spa textiles supplier BC SoftWear as their guests enjoy favourite treatments and relaxing in sumptuous surroundings.

The Bokeh Spa at the recently-opened Montcalm East in Shoreditch, London – an Autograph Collection hotel – will use BC SoftWear’s fast-drying SupremeSoft range for the high energy savings it can offer. Eleanor Jeffrey, spa manager at Bokeh, selected BC SoftWear having experienced stand-out service while working with them in four previous spas over the last 10 years. Having opted for extra-large Gharieni treatment beds in the spa, Bokeh needed specially fitting and extra-large linen, which BC SoftWear is able to provide.

Meanwhile, The Spa at Breedon Priory in Derbyshire, an exciting new project designed by Claire Caddick of Spaticulate, has chosen BC SoftWear’s SmartKnit knitted towels and SupremeSoft spa linen due to their inherent sustainable features, faster drying times and snag-free nature. In addition, the newly opened Wellness at the Randolph in Oxford has selected BC SoftWear’s logoed waffle robes and Serenity waffle spa linen, while The Treatment Rooms at the University Arms Hotel in Cambridge is using SupremeSoft spa linen, Pure Linen duvets, pillows and pillowcases.

Heavenly Spa by Westin, at the Marriott’s Westin London City Hotel and Spa, has also selected BC SoftWear as its spa linen partner of choice, opting for logoed deluxe Elegance robes as well as the Sumptuous Deluxe towels for spa beds. Finally, Spa by Wildes at Van Dyk Wildes, a luxury 4-star hotel situated in Derbyshire, will be showcasing Comfy slate grey robes with matching slate grey towels.

Barbara Cooke, founder and managing director at BC SoftWear, says: “I’m thrilled to announce a string of new spa partnerships for BC SoftWear as we begin the year. We’re delighted to be working with the very best in the business to provide spa guests with the luxury experience they deserve at each of these new facilities.

“Often the towels, robes or linen are a guest’s first touch point when they enter a spa – particularly since the pandemic began. With handshakes a thing of the past, that initial touch is ever more important, and we’re committed to making sure customers’ first physical encounter is the very best it can be.”

BC SoftWear is already the towelling company of choice for many of the UK’s most prestigious spas including Chewton Glen, Pennyhill Park, Champneys, Cliveden Hotel and Spa, and Fairmont St. Andrews Hotel & Spa.