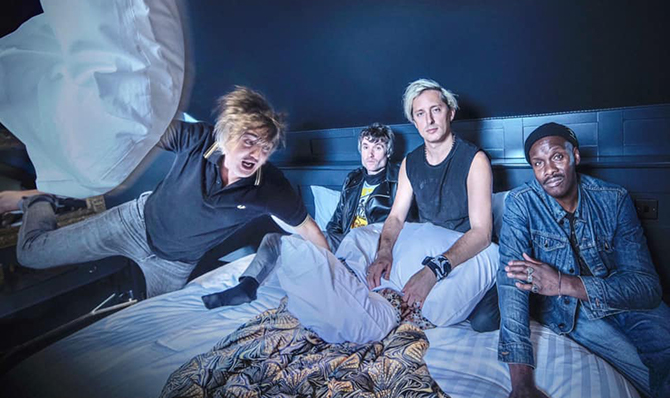 The campaign to revive Margate in Kent as one of the most rocking staycation choices gets a boost on 25 September with the opening of seven-bedroom The Albion Rooms, a seafront boutique hotel launched by musician Pete Doherty and his Libertines bandmates.

The restoration project has been three years in the making at the Eastern Esplanade of Cliftonville and early booking swiftly sold out. Rooms feature plenty of luxury products, such as Haeckels treats in the bathrooms as well as GHD hairdryers and an Apple Beats sound system.

There’s a darkly glamorous rock feel courtesy of designer Rhiannon Sussex, who was inspired by the red, black and gold themes of the Libertines jacket. Doherty is known for his interest in all things vintage and this is reflected throughout the hotel. The Albion Rooms also has a restaurant, bars, coffee shop and on-site studio.  Menus are being overseen by chef Joe Hill whose previous ventures include Soho House and Gordon Ramsey.