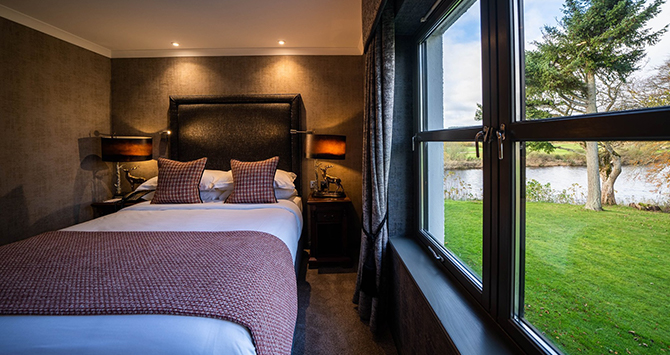 Dinali Nadishani has been appointed head of housekeeping at the prestigious Maryculter House Hotel on the banks of the Dee in Aberdeenshire.

She’s one of three new senior members of staff, joining Jocelyn Reid as wedding coordinator and Hannah Moir as the new food and beverage manager.

Their appointments come as the hotel owned by the Gilbert family continues a major refurbishment programme which is preserving historic features, including the magnificent Great Hall, as well as enhancing the 40 bedrooms. They join a team led since 2018 by managing Peter Walker, who joined from Meldrum House Country Hotel and Golf Club.

Nadishani, previously with Braemar’s Fife Arms, is reported by Aberdeen & Grampian Chamber of Commerce to have said: “Having previously worked with Mr Walker before, I am thrilled to take up the opportunity to work with him again, particularly in such a beautiful, historical venue that has an on-going refurbishment plan.”

Better Cotton, the world’s leading sustainability initiative for cotton, has launched a 2030 Strategy and…

If what’s going on in the Lake District is anything to go by, 2022 looks…