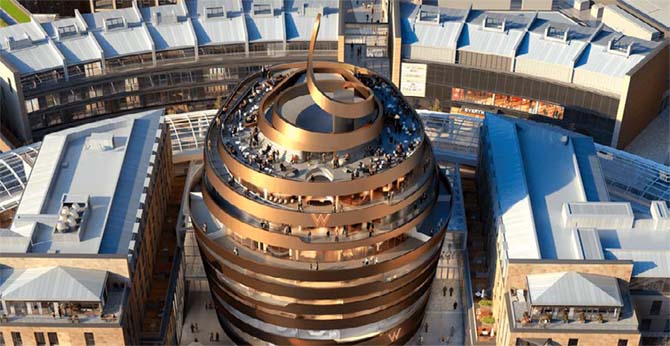 New openings and major refurbishment projects continue to mark out 2022 as a year when the UK hospitality sector is determined to welcome back leisure and business guests.

One of the latest deals involves the landmark Station Hotel in Perth, undergoing what is believed to be a £2m transformation after signing up with the Radisson Hotel Group. The refurbishment of all guest rooms and public areas will see the hotel reopening later this year under the Radisson Blu franchise.

Radisson says the hotel will once again become Perth’s jewel in the crown, which fits well with the fact that it was once a favourite of Queen Victoria who would take lunch in her private room there. A ‘royal passage’ was created, linking Perth train station with the property.

The hotel dates back to 1890 and is now a listed building in landscaped gardens close to the River Tay. There are 75 guest rooms and suites, a restaurant, lobby bar, garden bar, fitness room and treatment rooms, plus two ballrooms and meeting and conference rooms.

The pandemic may have delayed some openings, but this is going to be a bumper year and we hope housekeeping specialists who lost roles during it will take full advantage of new opportunities. For instance, in Edinburgh three new luxury hotels are set to open. They include the W Edinburgh hotel in St James Corner, with its eye-catching design of a winding steel ribbon which aims to capture the Scottish capital’s festival spirit.

Then there’s the Gleneagles Townhouse in St Andrew Square, involving a fascinating restoration of what was once a Bank of Scotland building and where the former vaults are set to house a spa, gym, sauna and wellness studio. And by the summer Red Carnation intends to have open 100 Princes Street, at the home of what was once the Overseas League, with its theme of celebrating Scottish explorers. Sheffield may have to wait until the end of next year for the opening of the Radisson Blu Sheffield, but work on the foundations for what will become a 154-bed hotel with rooftop bar in Pinstone Street began at the end of March. Meanwhile, in Leicester they’re gearing up for the opening of Bespoke Hotels’ Hotel Brooklyn next to the Leicester Tigers rugby team’s stadium. It will be a sister hotel of the brand’s debut property in Manchester.

In London Hyatt Hotels intends to create a 204-room offering, the Hyatt Regency London Blackfriars. They signed a management agreement with Blackfriars Hotels and plan to unveil the hotel in July after a major refurbishment. Respect has been paid to the former palace setting of the listed building while incorporating the facilities and luxury touches desired by business and leisure travellers. It will be the 13th Hyatt-affiliated hotel in the UK, with nine in London.

Premier Inn are also busy in the capital. They’ve just unveiled Premier Inn London Paddington Basin with its 393 rooms and in the next three years intend to open another in Marylebone and one at Eastbourne Terrace, Paddington.

There’s also good news in Plymouth where it’s been announced that a 150-room Hilton Garden Hotel is to be built by Propiteer Hotels Ltd alongside residential apartments during redevelopment of the former Quality Hotel site at Plymouth Hoe. It will feature a sky bar with views of The Sound. Propiteer Hotels has partnered Hilton on other projects including Hilton Garden Inn Peterborough, set to open later this year.