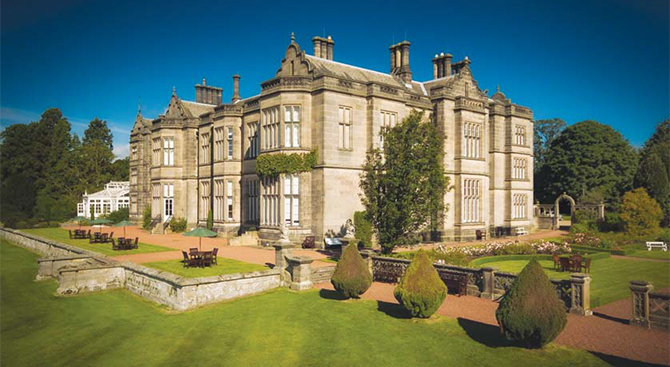 Matfen Hall, an award-winning luxury hotel and wedding venue in the Northumbrian countryside, has changed hands, so ending a long connection to the Blackett family.

Walwick Estate Group chairman, David Harrison, says: “Sir Hugh and Lady Blackett have ensured that Matfen Hall has a well-earned and established reputation as an outstanding hotel, spa, golf, wedding and conference venue throughout the UK and beyond. It has an even longer history as a stunning venue and location with a rich North East heritage and has maintained its natural elegance while being modernised.

“We are delighted with the addition of Matfen Hall to the Walwick Estate Group, which goes from strength to strength. Matfen Hall sits perfectly alongside our other naturally beautiful and luxurious venues. Our aim is to continue Sir Hugh and Lady Blackett’s work of retaining Matfen Hall’s history while securing its future as a top destination for decades to come.”

Sir Hugh and Lady Anna first opened the hall as a hotel in 1999 and within three years it had won the UK’s best small hotel award. They then oversaw an expansion programme which added more guest rooms, the spa and additional leisure facilities. This year Matfen beat the likes of Blenheim Palace and Hampton Court House in a public vote to choose a favourite stately home venue at the UK Wedding Awards.

As well as Matfen Hall, the Walwick Estate Group owns Walwick Hall Country Estate and Spa and Chesters Stables in the UK with overseas properties in Europe and the Caribbean.