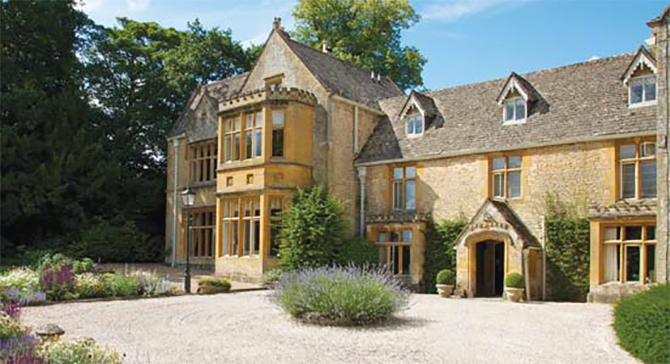 The ‘staycation drive’ may be fuelling renewed interest from investors and entrepreneurs in buying hotels in historic and scenic settings. Julian Troup, head of UK hotels agency at Colliers International, has received more enquiries in recent weeks and noted an increase in actual viewings.

Properties are changing hands, such as an historic Lincolnshire hotel sold for £1.75 million after Colliers International were instructed to oversee the sale of the Angel and Royal in Grantham after owners Ashdale Hotels decided to rationalise their portfolio. The new owner, Dean Harrison, plans to refurbish the hotel, which dates back centuries and can even boast visits from kings. At the end of August Colliers International announced they were acting for the Munir family in the sale of luxury country house hotel Lords of the Manor, one of the few privately owned hotels in the Cotswolds, with a guide price of £6.5 million.

The 17th century former rectory was once owned by King Henry VIII and features 26 individually furnished letting bedrooms, elegant public rooms and two acclaimed restaurants. Peter Brunt, director in Colliers International’s Hotels Agency team, says: “The Lords of the Manor is arguably one of the most famous country house hotels in the Cotswolds. Last year over £2 million net sales were achieved, and the hotel is now set to benefit from the surge this year in ‘staycation’ bookings by UK holidaymakers.” The Munir family has made substantial investment into the Lords of the Manor, including interior refurbishments and reconfiguration of the gardens by seven-times Chelsea Flower Show gold winner Julie Toll.