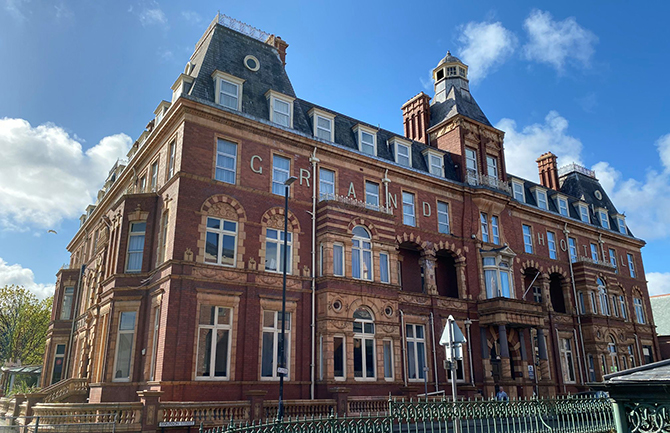 The Best Western Grand Hotel’s parent company Shepherd Cox Hotel has gone into administration. General manager Paul Riley has revealed that he and all staff have lost their jobs.

On TripAdvisor the hotel received plaudits for its cleanliness and comfy beds, a tribute to the housekeeping team in an old building in need of some refurbishment but retaining much of its ‘step back in time’ glamour courtesy of their attention.

The 19th century hotel, noted for its ornate ‘French Chateau’ style period design, was popular for weddings and events such as charitable fundraisers. Shocked staff and past guests shared both their fond memories and disappointment on the hotel’s Facebook page after Riley revealed on 6 June what had happened.

He wrote on Facebook: “It is with regret that I must confirm the hotel is now in administration with all employees, including myself, made redundant.

“I am sure that someone will be in touch in the coming days with regards to weddings and events that have been booked, but unfortunately it is out of our hands at this point so calling the hotel directs to my mobile, and I am afraid I am unable to tell you anything more.”

Among those responding were brides-to-be whose booked weddings had already been moved to the autumn as a result of COVID-19, who still expressed sympathy for staff who had lost their jobs. They included Tracey Maughan, who wrote that she had worked at The Grand Hotel for 11 years and hoped she and colleagues would find new jobs – and the hotel might find a buyer.