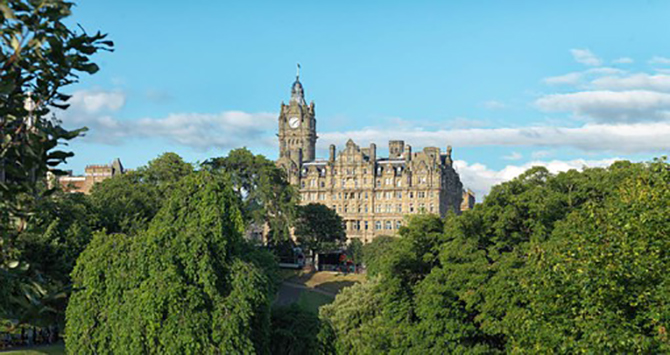 Housekeeping staff at The Balmoral, a Rocco Forte hotel in Edinburgh, have been singled out for praise as it becomes the first hotel in Scotland to receive a prestigious Five-Star award from the Forbes Travel Guide. Filip Boyen, CEO of Forbes Travel Guide, explains: “It is difficult to earn a Forbes Travel Guide Star Rating, but the team demonstrated sheer excellence and dedication, delivered in a uniquely friendly manner. It’s no surprise that they achieved a perfect score in ‘Courtesy and manners’ and we’d also like to extend a nod to the housekeeping staff who are exceptional.”

The Balmoral general manager, Richard Cooke, says: “Every day we strive to evolve and improve by working together to create memorable experiences for our guests. We have been working towards this goal since Forbes Travel Guide arrived in Scotland and to be the first hotel in the country to be awarded Five Stars is truly humbling.”

Most of the Forbes Travel Guide winners will be announced early next year, but some highlights, such as The Balmoral, were revealed having been inspected prior to pandemic controls. Anonymous inspectors check into a hotel for at least two nights and then test up to 900 objective standards.

The latest accolade completes a year which saw The Balmoral receive an AA 5 Red Star award; one Michelin star and 4 AA Rosettes for the hotel’s fine-dining restaurant, Number One, and a Conde Nast Traveller Readers’ Choice award naming the hotel as the Top Hotel in the UK outside of London. If ever there are trophies for ingenuity during lockdown (not that we’d want to see that as any permanent addition to the awards circuit) many hotels and hospitality venues have been pulling out the stops to find new ways of both luring and supporting their guests. We can also raise a glass to The Balmoral, where faced with increasing restrictions in Scotland, they launched The Curfew Club, an in-room after 10pm experience to replace at least some of the city’s night-time attractions.

From a virtual whisky tasting with the hotel’s very own SCOTCH ambassador, to a complimentary movie night accompanied by a cinematic inspired menu, this version of ‘staying in is the new going out’ has a lot to offer. The whisky tasting, for instance, includes delivery of a selection of single malts to the suite or guest room door. Another choice is cocktail creation, with guests receiving all the ingredients and glassware they need to try some mixology.

The Balmoral has also launched an extended reality virtual event space which connects in-room and remote delegates safely and securely, making them feel like they’re in the room with others who are physically present. A presenter can showcase their brand from a stage with LED backdrop, while speakers can engage with the audience or dial into the studio themselves, allowing for an interactive and productive meeting, no matter how far away delegates may be.