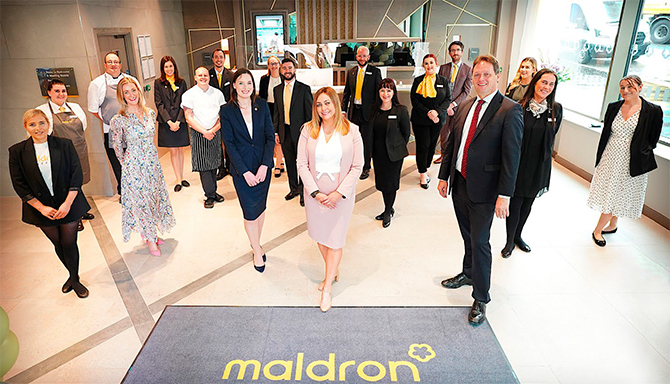 An Irish hotel chain has opened its first Scottish hotel in Glasgow city centre, at a cost of £40m to build. The Dalata Hotel Group’s 300-bedroom Maldron Hotel Glasgow City is expected to create 80 new jobs in the former STV headquarters there. The 12-storey building also features a bar and restaurant, resident’s gym, and business facilities.

Dalata now operates more than 45 hotels across the UK and Ireland, including in Dublin, London, Liverpool and Brighton, with a Manchester city centre property due to open by the end of the year. The company was only founded in 2007 by Pat McCann, who acquired a group of companies from Choice Hotels Ireland and rebranded its leased hotels under the Maldron Hotels brand. Since then, Dalata has become Ireland’s largest hotel operator and the fastest growing in the UK.

The new hotel’s general manager Hazel Galloway says: “We are passionate about all the Maldron brand offers, quality and value, and we are confident that it will be just as popular in the Scottish market as it has already proven in Ireland and in other parts of the UK.”

The hotel is already picking up excellent reviews on booking sites, with guests praising the cleanliness, welcoming staff and quality of the linen used.