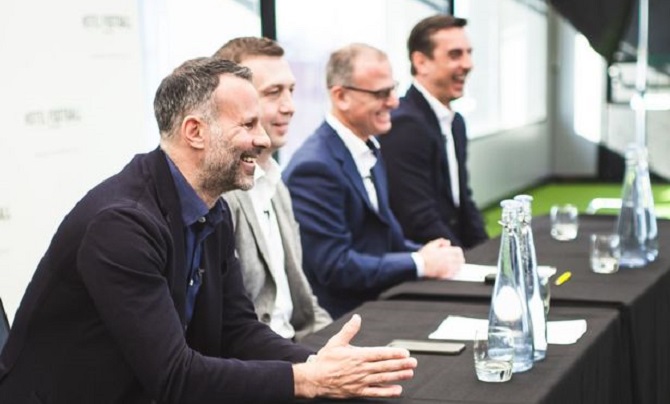 Under a franchise agreement the hotel, which is a stone’s throw from Old Trafford, marks Tribute Portfolio’s second opening in the UK.

Ryan Giggs and Gary Neville made the announcement during a press conference at the hotel which was live streamed. Neville said: “Being part of Tribute Portfolio’s range of independent hotels makes perfect sense – they connect people with places and each hotel has its own character, rooted in the local community.”

He added: “This will have a very positive impact on us as well as help drive international visitors coming into Manchester.” The move will not impact the current hotel experience and Hotel Football will continue to be operated by GG Hospitality and the ownership remains the same.

You’ll find more articles in the May / June edition of Housekeeping Today UK. Subscribe for your edition or browse online here.