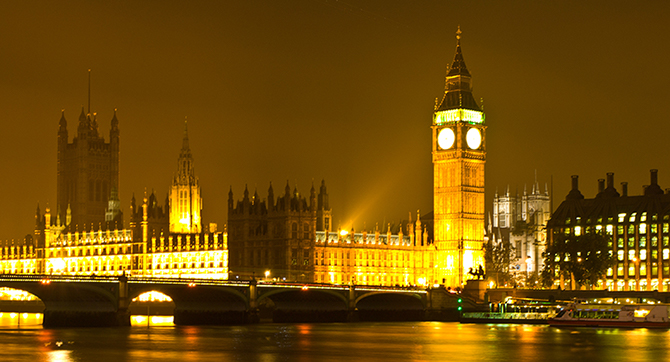 Pressure on Prime Minister Boris Johnson to create a Minister for Hospitality will continue following a parliamentary debate on two petitions signed by hundreds of thousands of people.

The debate on Monday, 11 January, saw MPs from across the political divides and from around the UK speaking in support of such an appointment, even if only temporarily until the sector has recovered from the COVID-19 crisis. At present responsibility for hospitality sits across the Department for Business, Energy and Industrial Strategy (mostly food and beverage industries), and the Department for Digital, Culture, Media and Sport (including hotel accommodation and tourism) — with no dedicated ‘champion’.

Catherine McKinnell (Lab, Newcastle N) opened the debate, saying local economies with a higher proportion of workers employed in hospitality have been disproportionately hit, while a recent UKHospitality study found that 41 per cent of businesses in the sector thought that they would fail by mid-2021, and one in five thought that they would have enough cash flow to survive beyond February.

“The hospitality industry is the third-largest UK employer. It is responsible for about three million jobs, generates £130 billion in activity and results in £38 billion of Government revenue through taxation. For levelling up, it is one of the few industries to reach every part of the country, and it will be crucial in our recovery from the present crisis. Unlike the arts or sport, however, it does not have a dedicated Minister,” she reminded those present.

McKinnell also spoke about sudden switches in lockdown and tiers rules: “When hotels were closed by national lockdown or entering tiers 3 and 4, hoteliers were left guessing whether they were even allowed to serve their guests breakfast in the morning. I know that these are not decisions that any Minister takes lightly, but if it is genuinely not possible to give more notice of such changes, what more can the Government do to support businesses that are caught off guard?

“The repeated shutdowns of the hospitality sector have also meant that the businesses that supply it have been forced into hibernation for much of the past year. There is a whole other set of issues there that the current support measures—which are largely designed around jobs and rent, not around businesses holding large amounts of stock, often perishable—just do not reach.”

Turning to concerns about hospitality staff welfare, she said: “I also worry about the impact of that on-off cycle on the mental health of the staff who work in the sector. They have had to return suddenly to public-facing roles, turning on the charm and smiling at customers, when they do not know whether they will be able to hold on to their jobs for much longer. It has been great to see the widespread recognition of the strains that lockdown has put on the nation’s mental health, but we need to pay particular attention to the sectors most affected.”

Greg Clark (Tunbridge Wells, Con) acknowledged government support for hospitality in 2020, pointing out that no one expected the furlough scheme to still be in place 10 months on. Having invested in keeping businesses and jobs alive in the hospitality sector, we must make sure that we get through the next few weeks, so that they can continue to thrive in the future, he said.

Dr Rupa Huq (Ealing Central and Acton, Lab) said: “A dedicated Government Minister for hospitality would give food, beverage and leisure accommodation a proper say, rather than them always being an afterthought.

Huq also pointed out how the sector “spent a fortune on remodelling, even though social distancing slashes the number of covers available: people instituted one-way systems, enhanced cleaning, and screens to create a Covid-secure environment, all seemingly now for nothing.”

Ian Paisley (North Antrim, DUP) said one in 20 people in Northern Ireland works in the sector, with one million visitors annual visitors to his constituency alone, principally visiting the Giant’s Causeway. “The impact of Covid has therefore been staggering and massive, but we must look forward. In the last 52 weeks the hospitality sector has probably traded for only about 13 weeks, so it has not had the benefit of the VAT cut the Government gave it. That must be extended, and I hope that the Minister will relate that to the Chancellor.

“We need a kick-start plan to open up businesses, to help them to open up when they start back again, probably at some time in March. Loans under the coronavirus business interruption loan scheme need to be repaid, but it should be done softly, and they should be extended if possible.”

Dr Julian Lewis (New Forest East, Con) supported the campaign, saying: “For a sector of this size—the third largest in the UK—ranging from pubs through to restaurants and hotels, tourism and travel, not having a separate specialist and dedicated voice at the core of Government has led to a justified sense of disregard and discrimination.”

Ben Lake (Ceredigion) (PC) urged the Treasury to consider extending the business rates holiday and the hospitality VAT reduction scheme into 2022, arguing that it would be money well spent: “Not only would it give businesses in such an important sector the support that they require to see out the pandemic, but it would avoid a terrible situation whereby businesses that have previously received Government support are forced to close for good, leaving their employees without a job and previous Government support or investment being made in vain.”

Lucy Powell (Manchester Central, Lab/Co-op) said: “Hospitality businesses and their associated ecosystem need better leadership, focus and understanding. They need cash support that matches business need and revenue loss. There will be no businesses for firms to employ people unless this is done.

“They need immediate action on the uncertainty created about these cliff edges. That may involve big, creative thinking on some of the big issues coming up the track, with rent deferrals and the huge debt overhang, that will need to be addressed at some point. The Government need to stop their scattergun approach, which leads to sticking-plaster solutions, and come up with a proper long-term plan for this hugely important sector in distress.”

He said that a dedicated hospitality team had been established in his department and was working with the sector across Government, including close collaboration with DCMS, to strike the right balance between Covid-19 restrictions and business support measures, but there was no ‘one-size-fits-all’ policy. Concluding the debate Catherine McKinnell, said: “The Government should want to get this right and should want the maximum possible engagement with the hospitality industry. A seat at the table and a strong voice for the hospitality industry would be in the Government’s interest. I thank the Minister for his response today but urge him to take the idea away and put it to the Prime Minister as something that it is in the Government’s interest to create.”