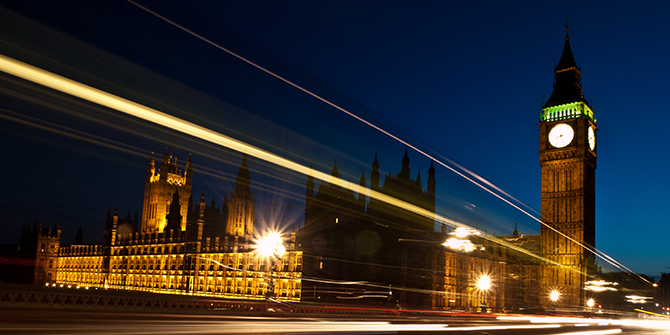 All hospitality eyes will be on Westminster in the coming weeks as the sector faces losing £7.8 billion worth of trading on last year’s figures if the current Tiers 2 and 3 restrictions continue throughout December.

Exasperation has replaced hope in many places recording low numbers of COVID-19 infections in parts of England placed in the most restrictive tiers. Some MPs are threatening to vote against the latest controls and putting pressure on government to produce evidence that restrictions proposed for hospitality and other sectors are not going to cause more damage than the disease itself.

UKHospitality Chief Executive Kate Nicholls said: “The new tier system will deliver another huge blow to hospitality, with 98% of trade now happening in tier 2 or 3 regions. This will see £7.8 billion of trading wiped out compared to last year if the restrictions last all of December.

“These are safe spaces for people to meet, relax and socialise and the sector is desperate to get staff back to work, open their doors and, in the long term, diminish reliance on the public purse and begin driving economic recovery.

“The new tiers will see over 120,000 venues across England placed into Tier 2, with tens of thousands of these forced to close as they are unable to provide a table meal, either physically or financially. This affects the employment of nearly 1.5 million people. Under this severe a restriction, 94% of our members say they will be unviable or trading at a loss.

UKHospitality say they have seen no evidence that hospitality venues – which have invested great time effort and money to making their spaces COVID-secure – are a problem area in terms of infection.

They are demanding more – and urgent – financial support, predicting a huge numbers of job losses, businesses permanently closed and what Nicholls says will be ‘The landscape of hospitality in this country fundamentally degraded for the foreseeable future.”

As well as a replacement for the Job Retention Bonus Scheme and extension of the rent moratoria, there is concern that even businesses which do survive the winter will need support to continue, such as extending the VAT cut, a business rates holiday and grants paid out at the earliest opportunity.

Hotels in 40 areas across will be in Tier 3 when England’s lockdown ends on December 2, so face an extended closure, while the majority are in Tier 2 where hotels, pubs and restaurants can only serve alcohol alongside a ‘substantial meal’. Households still cannot mix indoors.

A review is set for 16 December and while it is thought unlikely the government will move many, if any, areas into Tier 1 (only Cornwall, Isle of Wight and Isles of Scilly currently have that status of medium risk’), there is pressure to look more closely at local statistics and transfer some Tier 3 areas into Tier 2.