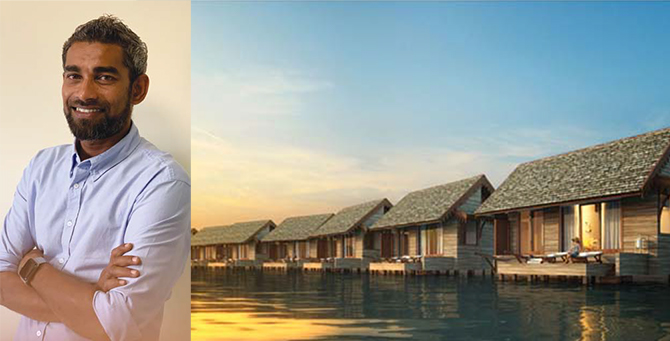 Tell us about your career in the industry…

How do you rate the importance of a head housekeeper as a member of the hotel’s management team?

Head housekeeper plays a very important role in managing a large number of teams, and in maintaining the hotel costs at a certain level by closely monitoring the occupied room, cleaning and laundry costs. The most important part is maintaining the cleanliness of the guest rooms and public areas over and above the hotel standards in order to make sure the guests receive the utmost cleanliness in all areas. Housekeeping should also initiate improvement plans for guest services and work safety procedures, to name a few and execute high maintenance standards for the resorts in terms of cleanliness. It is very important to be honest with the team and conduct activities to motivate them.

Do you have an ongoing training programme for housekeeping staff?

Currently we are focusing on training programmes of SOPs (Standard Operating Procedures), health and safety and on-the-job training since we have opened recently. We are also conducting internship programmes for school leavers that are interested in joining the industry. They will have a very good understanding of housekeeping when they complete the six month programme.

What makes a good housekeeper?

A good housekeeper must be an honest person and a good listener who treats the team fairly. They must also have a good understanding of the financial aspects of the hotel and a strong sense of attention to detail.

Is there career progression for those in your housekeeping teams?

Yes, there are great career opportunities for every potential member in this team and we have already promoted the potential team members to higher levels during this short period of time. We have implemented personal development plans for those who have potential to take on more responsibilities.

How do you think the role of housekeeping will change and evolve in the future?

Head housekeeper should be part of the planning committee team involved in the hotel’s decision making processes during set-ups on room operations. There are still a lot of hotel companies who place housekeeping managers on the back burners and only remember them when it comes to getting something cleaned.

Are you involved in any other activities associated with the hotel industry?

Externally, I am part of the Maldives Housekeepers Association executive committee. Internally, I am also involved in looking after the staff accommodation and back of house and I am very much involved in training and developing team members.

What are the challenges faced in the Maldives?

The biggest challenge faced in the Maldives is logistics, where we import over 90 per cent of hotel items. Sometimes the main challenge is not receiving the items on time due to sea freight