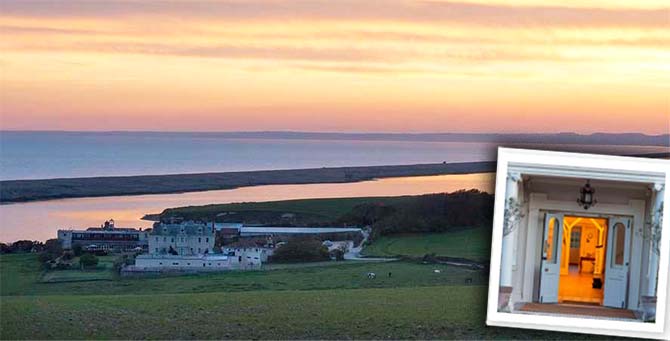 Luxury Family Hotels has announced a further programme of investment for Moonfleet Manor, the group’s Dorset-based hotel on the Jurassic Coast.

Extensive work is now underway, with the property set to reopen in March. The multi-million-pound project will see refurbishment of guest bedrooms within the classic Georgian manor house, offering spectacular views of Chesil Beach.

All coach houses will also be upgraded to include three luxurious bedrooms per accommodation, each featuring a king-sized master bedroom and two twin bedrooms. The property will also unveil an updated lounge. Designed by award-winning interiors experts Studio Jill, bedrooms will feature luxurious four-poster beds, brand-new bathrooms and a colour palette inspired by the hotel’s location on Chesil Beach.

Antique furniture will be combined with modern, hand-crafted pieces, playful prints, quirky modern artworks and commissioned local photography The works are the latest in a series of investments for the group, alongside the recent development of Fowey Hall in South Cornwall, also due to be completed in spring.

The Fowey Hall project will include 24 new bedrooms, a new outdoor swimming pool and a total relandscaping of the grounds and driveway, building on last year’s refurbishment of existing bedrooms and communal spaces. Meanwhile, along the coast plans to turn a Bournemouth cliff top hotel which closed two years ago into a stunning 5-star establishment have been unveiled.

Nicolas Roach, who built the luxury and lifestyle hotel group, Harbour Hotels, bought The Savoy at Westcliff last year. A £20 million transformation is planned, including a spa and wellness centre, rooftop restaurant and terrace and new outdoor pool at the Victorian villa. The hotel will still have 106 bedrooms, with 21 remodelled, plus eight ‘cottage suites’ in a former stable block .